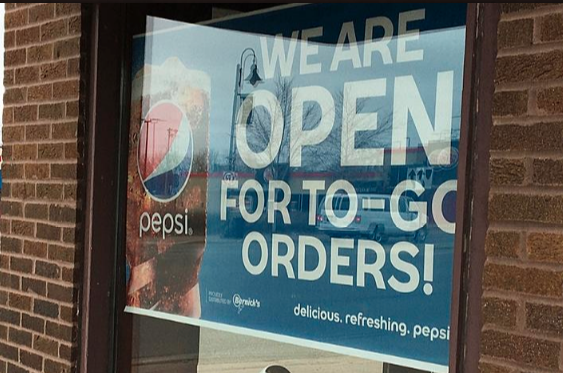 This article was originally posted on WJON. It was written by Abby Faulkner and appears below in its entirety.

ST. CLOUD -- Eateries in St. Cloud and elsewhere are still offering delivery and carryout services amid the COVID-19 pandemic - and local beverage distributor Bernick's wants to make sure the public doesn't forget that.

"We have a graphic design team and large format printers," said Jill Kampa, Bernick's Vice President of Sales and Marketing. "We have everything we need in house to make banners for our customers' outside areas, saying 'we're open and offering food to-go,' so they can communicate that to the public."

By Friday, Bernick's had completed banners for around 200 clients in central Minnesota, Duluth, western Wisconsin and several other markets. One local business was particularly touched by the gesture, Kampa says.

"When one of our salespeople went to drop off a sign at (one Waite Park restaurant) they nearly cried," she said. "They said, 'thank you for supporting us. This really means a lot.' It's just our way of telling our customers that we want them to keep thriving."

Governor Walz ordered the temporary closure of restaurants and bars on March 16, along with "places of public amusement" including theaters, museums, gyms, amusement parks, arcades and other recreational facilities.