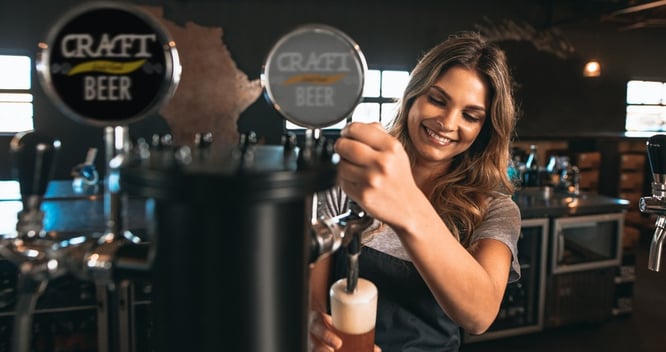 Over the last several years, the beer-drinking demographic has changed rapidly.  was once a working-class drink, and to a degree, many kinds of beers still are by tradition. But now an increasing number of breweries are tailoring their offerings to a wide range of social classes and age groups

likely that more of your restaurant's customers will seek out beer on your menu - and this trend will only grow more pronounced with time. Read on to learn more about the new trend for beer, and how to incorporate beer into your restaurant's existing business model.

Craft Beers Are In! 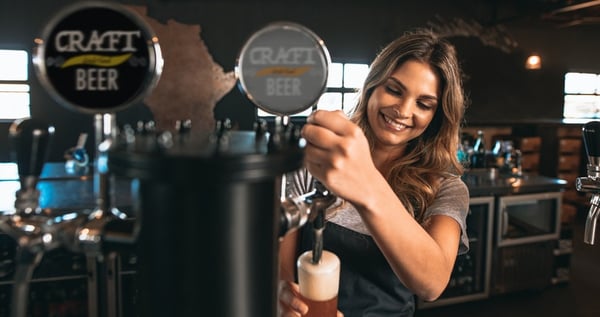 Experts have identified a few broad trends with beer. Maybe the most significant is what some experts describe as "drinking less, but drinking better." Customers like these aren't drinking beer simply to feel the effects; rather they're drinking to savor the experience.

Leading the way are craft beers. These smaller-batch beers are often more expensive than the products of large-scale breweries but appeal to an audience that's ready to pay for the experience. Craft breweries place an emphasis on taste and clever branding, rather than drinking simply to imbibe. They often appeal more to millennials, middle-to-upper class people, and other non-traditional drinkers.

Changing How Your Restaurant Relates to Beer

If you haven't jumped on the beer bandwagon yet, now's the time. Beer drinking is on the rise, and experts say this trend will continue. If you're not sure how to incorporate beer into your restaurant, here are some tips:

Beer Can be Part of Any Restaurant

(So long as you have a liquor license, of course). Beer is no longer a drink for bars, burger joints, or other casual or blue-collar establishments. Any restaurant can reasonably serve beer -- so long as you choose beers that match the demographics of your establishment. With that in mind:

Get to Know Your Customers

Don't just assume what your customers want. Be bold and ask them what kinds of beers they feel would match your establishment -- both old favorites and ones they've been dying to try. Remember to ask a broad range of customers for their opinions, to get a better understanding of your restaurant's demographics. No two beer drinkers are alike.

Pairings aren't just for wine! A hoppy beer has a dramatically different flavor profile than a full-bodied dark beer, and each will bring out different flavors in any foods you pair it with. Especially if you're introducing craft beers onto your menu when you haven't served any before, matching them with menu items will encourage your customers to try something new.

You Can Still Keep it Family-Friendly

You may be serving beer, but that doesn't automatically mean people are going to over-indulge. Because you're pairing beer with food, your customers are more likely to pace themselves - it's a different atmosphere. Plus, the higher price point and artisan nature of craft beer mean your customers are more likely to savor what they're drinking. It goes without saying, however, don't be afraid to cut people off, though, and make sure you're carding. Do both consistently.

As craft breweries continue to gain ground, beer is appealing to broader demographics than it previously did, and the beer market is booming. By understanding your restaurant's demographics and tastes and coupling beers with foods on your menu, you can add beer to your menu, without sacrificing your vision for your restaurant.