If you haven't read our previous blogs on what goes into brewing your favorite, ice-cold glass of beer, you may want to check those out. In part one we covered water, and how using the purest sources of water brews the best beer. Then we talked about hops in part two, which contribute to a beer's flavor notes. Any time you taste citrus, fruit, or even herbal flavors, you can thank the brewer for using the best hops for the job. In our penultimate and most recent blog about craft beer, the sourness of beer was attributed to malt. This ingredient gives beer that sour, tangy taste that everyone knows and loves. Take the time to familiarize yourself with each ingredient.

For thousands of years in beer-making, no one understood what this little organism did. Not many knew it even existed. When yeast made its way inside of a beer, it was almost always by accident. Ancient brewer's yeast could be found on stirring sticks passed down from generation to generation. Brewer's yeast was also achieved by using plants naturally containing yeast, like grapes and barley. These were common beer ingredients in ancient times because they would often result in brews where the yeast made all the difference.

Finally, some yeast in beer was actually a deliberate feature by the brewer. Though they did not understand the microscopic organism at work, some brewers saved a little of the last batch of beer that was full of yeast and added it to future batches. Some brewers even cultivated large colonies of yeast without knowing how it worked and added a piece of the colony to their batches. 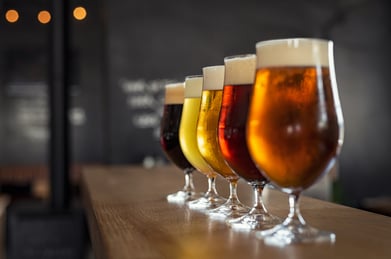 Maybe you've read the previous blogs in this series, and in that case, congratulations! You've made it to the last chapter before a craft beer makes it to your table or local bar. But beer wouldn't be anything without the final ingredient: yeast.

Most craft beer ingredients don't compare to yeast, because yeast's role in the beer-making process is so special. A brewer's yeast is important because not only does it produce the alcohol you find in beer, but it can have major impacts on the flavor of the beer in question.

Yeast is what transforms these ingredients into alcohol and gives beer the kick it needs. Through our blog, we'll explore the intricacies of this ingredient and how it makes beer one of the most favorite beverages on earth.

Yeast turns your everyday ingredients into alcohol. Choosing the right amount of yeast and making sure that it's well-fed with sugar can make all the difference when it comes to brewing the perfect bottle of brew. When speaking of craft beer ingredients, yeast in beer is arguably the most important ingredient. It does a job that no other ingredient can do.

A single cell makes all the difference

What is yeast? It's probably a question you've never asked before, and we're always surprised to find that few people know about it. Yeast in beer makes alcohol, but it also accounts for nearly 70% of the flavor you taste. In the days of the vikings, yeast was so important that the stirring stick with the family's yeast cultures were passed down through the generations. Yeast does most of the legwork for the beer, and the other flavor notes that you get on your tastebuds are a product of other craft beer ingredients.

Yeast is responsible for making the alcohol. When yeast is added to a solution of sugar, the yeast cells begin eating up every grain of sugar that they can find. The yeast cells process the sugar and begin to produce alcohol as a waste product. A brewer's yeast can eat up the sugar and produce alcohol without adding much flavor. Some brewer's yeast, however, is more complex and can add a whole range of distinct flavors.

In the days of old, yeast wasn't well understood or even discovered. When brewers made a good batch of beer, they thought it was an act of God. If God did not act, then the beer would be ok, but it just wouldn't please a crowd as much as when yeast was doing its job.

Distinct yeast cultures can add different compounds to the beer that make it stand out. Today, different cultures are bred by brewers and tested on micro batches of beer. Brewers do this so that they can perfectly replicate the same yeast cultures for all of the bottles they will produce in the future. There are many compounds that a brewer might look to encourage in their yeast cultures.

Talk Nerdy to me

We've already discussed how yeast eats up all the sugar it can find in order to produce alcohol. But this process also creates carbon dioxide. This carbon dioxide is what makes your beer fizzy and delicious. Because beer is a naturally-fermenting drink, it makes itself fizzy in the process. Kombucha lovers already know about this process because natural fermentation happens in that drink also. Fermented drinks are becoming a popular staple, and it should be no surprise. After all, naturally fermented beer has been around for thousands of years. We think it's about time for someone else to get a little attention. 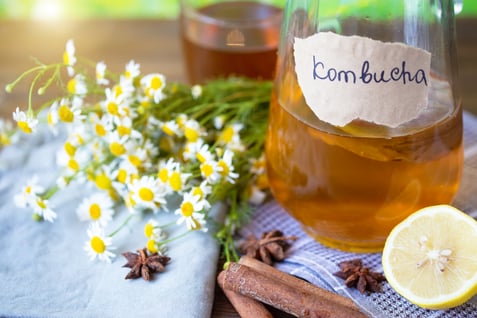 Different yeast in beer can also make a difference in the entire chemical makeup of the beer. This process separates most beers into two categories: Ales and Lagers.

Ales use stronger strains of brewer's yeast that can thrive in warm temperatures. For this reason, most ales are ready to drink in days rather than weeks.

This special craft beer ingredient can also be from a strain that prefers cold temperatures. These strains of yeast must be barreled for long periods of time to reach the best level of flavor and are referred to as lagers.

It can take weeks or even months before a lager is ready to drink. This barreling process allows the yeast in beer to reach a peak level, making the beer more delicious as time goes on.

The next time you take a sip

Thank yeast for the delicious taste you get when you take your next sip of beer. This craft beer ingredient does almost all of the work, and it wasn't even discovered until a few hundred years ago. We're trying to show our love and appreciation, but we owe so much to yeast already. We're not sure the debt will ever be repaid!

Yeast in beer makes the drink unique. Though we may not have understood how it worked for thousands of years, we couldn't make one of our favorite drinks without it. The world loves beer, and Bernick's is always looking for the best beer with the best yeast. We then have the distinct pleasure of taking these beers and delivering them to your business for your customers. We hand select the best brews with the best craft beer ingredients on the market.